Notable for their show-stopping coat, small stature and super-cute features, the Maltese is also a friendly, easy-going breed of dog. Renowned as excellent companion animals, they form strong bonds with their owners and make great company. One of the tiniest of the toy breeds, with a top height of just 9in (23cm), this also makes the Maltese the ideal size to snuggle up in your lap. No wonder they have been a favourite with everyone from royalty to Hollywood A-listers. 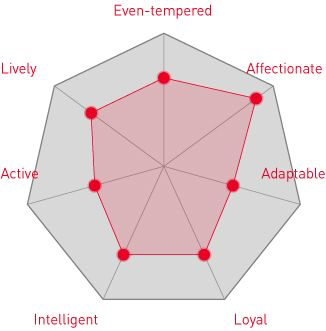 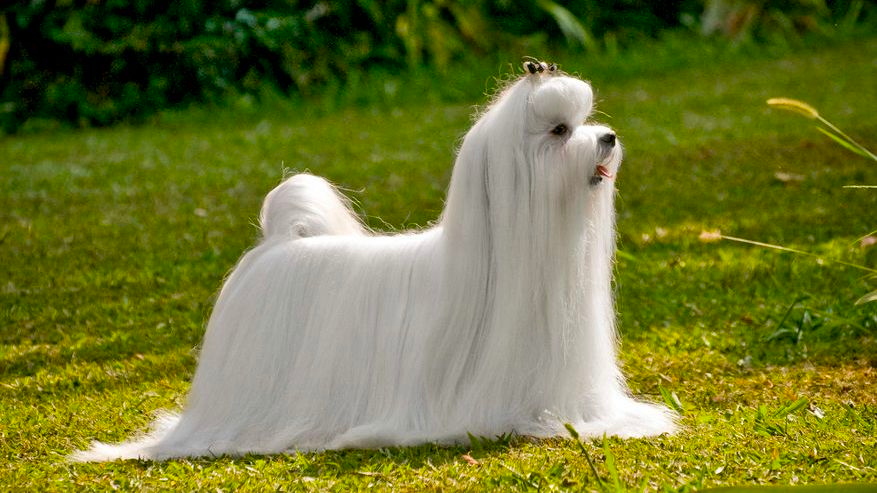 Get to know the Maltese

Covered from head to foot with silky, white tresses, and with an upright deportment, the Maltese has an almost regal-like bearing. This is actually quite appropriate as these tiny toy-breed dogs are considered to be one of the aristocrats of the canine world. In fact, they appear to have been positively revered in the ancient cultures of Egypt, Greece and Rome..

During Roman times, the Maltese was also something of a status or fashion symbol, with upper-class ladies carrying them around almost like an accessory. Later, their popularity rose again in the 1800’s when they became a favourite with royalty –including several queens of England. This meant they were also a fixture at early dog shows.

Today, the Maltese is a popular choice among A-list stars. Among those reputed to have owned a Maltese are Marilyn Monroe, Jane Fonda and Elizabeth Taylor, as well as current celebrities like Ellen DeGeneres and Jessica Simpson.

Despite their small size, these plucky little animals are quite confident and not easily fazed. In fact, the Maltese can even be a bit stubborn at times, so will benefit from some early training classes. Very smart, the Maltese learns quickly. They also make good watchdogs –at least in terms of barking if not their physical demeanour. What they lack in size, they make up for in attitude.

With a fairly robust constitution, the Maltese is a healthy breed of dog with a good lifespan. Indeed, many Malteses live well into their teens –and, occasionally, even beyond.

Because of their small stature, the Maltese is not recommended for households with toddlers or small children –especially as they can also be a bit yappy at times. Also, they don’t like to be left alone for long periods of time, so are best suited to people who are at home during the day, or take them to work with you.

But, other than that, they make an excellent choice of pet dog all-round. In fact, the Maltese frequently appears in lists of the world’s most popular dog breeds.

Especially admired in Ancient Egypt, it was believed that the ancestors of today’s Maltese had the ability to cure people of disease. As such, representations of Maltese-like dogs have been found on artifacts from the period. There is even a model that survives.

2. Facing up to things

A question often asked about the Maltese is how to clean the fur around their eyes. This can sometimes become stained if, for example, they have a blocked tear duct –in which case they should also see the vet. Afterwards, their fur can be cleaned using a wet cloth with warm water (and a dot of dog shampoo if you feel confident) while being careful to avoid the eyes themselves.

One of oldest dog breeds in the world, the Maltese has been with us for many centuries. Despite the name, however, it is believed that the ancestors of these little dogs came from Italy. The name is thought to derive from a word in one of the Semitic languages meaning ‘haven’ or ‘harbour’, as they were used to catch the rats and mice around the ports.

In Roman times, the Maltese breed went on to become popular with noblewomen. These grand ladies would carry them about their bosom or even in their pockets. Later, the breed was refined by the Chinese who crossed the dogs with their own native animals and then exported them.

By the 16th century, the popularity of the Maltese was rising in Europe where they were favoured by royalty. Both Queen Elizabeth I and Queen Victoria owned a Maltese, as did Mary, Queen of Scots.

In the 1800’s, the breed’s upward trajectory continued. Recognised by the American Kennel Club in 1888, they soon became a regular fixture at dog shows on both sides of the pond. This is still the case today, and you will spot many a Maltese strutting their stuff as they vie for ‘Best in Show’.

From specific breed traits to a general health overview, here are some interesting facts about your Maltese

Like many of the toy breeds of dogs, the Maltese can be prone to problems with their teeth and gums – such as gingivitis (gum inflammation) or periodontal disease (inflammation of some or all of the tooth’s support structures). As well as being painful for your Maltese, it can also result in them having difficulty eating and tooth loss, and potentially more serious complications such as kidney, liver and heart disease. Caused by a build-up of plaque and tartar on the teeth, it is best prevented with daily brushing. Also, routine cleanings/examinations with your vet are recommended.

Regular eye check-ups are important too

The Maltese breed can be predisposed to a condition called ‘glaucoma’ – a problem that can affect people too. It occurs when fluid in the eye fails to drain away, causing a build-up of pressure, and can be quite painful. It can also result in damage to the retina. So, it’s always a good idea to check your dog’s eyes regularly, looking out for symptoms such as squinting, watery irritation or any kind of swelling or bulging. If you spot anything unusual, it’s best to consult your vet at the first available opportunity. It is also recommended that Maltese dogs have a comprehensive eye examination twice a year.

Reducing the chance of cardiac issues

While the Maltese is generally a healthy breed of dog, they can be susceptible to heart problems. In particular, a deterioration of the valve in the left part of the heart – or ‘mitral valve disease’ to use the proper term – is a problem that can affect many small dogs. As the condition is often picked up on a heart check, a yearly cardiology examination is therefore recommended. Though there is no cure, medication may help to slow down the process or alleviate the symptoms. On a general note, good dental care, weight control and regular exercise can all help to reduce the risk of heart disease.

Caring for your Maltese

While Maltese dogs are certainly full of energy, they actually require less exercise than some other breeds because of their tiny stature. In order for them to stay healthy and happy, they should have a short daily walk or two each day, but that should suffice. This should also be supported, however, by regular play and games, as the Maltese is an intelligent breed and needs the mental stimulation. This will also help to distract them from any potential excess barking – something to which the Maltese breed can be prone.

In terms of grooming, the slinky tresses of the Maltese are their crowning glory, but their coat does require a bit of care. Gentle daily brushing is recommended, to avoid a build-up of tangles, and the hair on top of their head should be tied in a topknot or cut short to avoid irritating their eyes. A monthly bath is also a good idea. On the plus side, the Maltese doesn’t shed a great deal. Nails should be trimmed regularly, as they can be fast-growing, and ears checked too. Because the Maltese can be prone to dental disease, teeth should be brushed daily.

Despite a reputation for having something of a stubborn streak in their otherwise lovely temperament, the Maltese is a highly intelligent little dog. They are, therefore, a quick learner. Consistency, patience and positive reinforcement are key and they will soon start to progress in their training. Early socialisation can also help this tiny breed to feel comfortable in new situations and among other dogs and humans. Once they’ve got the hang of the basic commands, the Maltese can go on to do well in competitive sports, such as obedience or agility, and you will often see them scooping the coveted title of ‘Best in Show’.

While either will make a wonderful pet, it’s worth noting that male Maltese dogs can exhibit classic boy behaviour, such as mounting, and will often try to escape if there is a bitch in season nearby. In addition, they will sometimes look for fights with other male dogs. But both males and females get very attached to their humans and are usually affectionate in nature.

There is no such thing as a Teacup Maltese and they are not a separate breed. They are merely smaller versions of the ordinary Maltese. Often sold by disreputable breeders, the practices used to breed these dogs can lead to a host of medical problems. So, it’s always best to stick with a conventional Maltese and buy from a responsible breeder.

Tailored nutrition for your Maltese

Things to consider before getting a dog